1. My fromillusiontoreality email address might be taken down later today, see the threat in 2(2)

2. In the first YouTube video note also EXIT behind Eve (and 12 others) and also note the shapes of the NYC-twin towers, that represent the destruction of the possibility to procreate for the human race (“Brave New World”-Aldous Huxley). The man-“Antichrist” on the Picture is not William C. van Duyn (the head of the Illuminati/World Government), but most probably a former employee of the czech Ministry of Interior, IT-expert, forensic expert “Michael P.”, who pretended to have lost his memory in the end of year 2013, while he was in fact working with production of the satanic extremist YouTube channel LieKillers for the head of the Illuminati William van Duyn/the Illuminati. After that “Michal P.” probably had done an operation of his face (even though he was expected to show up in a court because of his dept in millons of czech koruna). I have traced his computer in 2019, he published videos with very extreme satanic content from “Olomoucko” in the Czech “Republic”, then from Antarctica, then from USA, then back from Czech “Republic”, I inforemed the czech police and they have been trying to assassinate me instead. “Michal P.” works possibly for NATO with a diplomatic passport NATO (that is under control of William van Duyn/the Illuminati.)

3.See the NIBIRU/MOON-fuel-lie in the video 2, that was published one day after my information (Emergency-Warning…from January 20, 2020), in which I warned of William van Duyn´s NIBIRU-MOON-fuel depletion coming lie.

4. YouTube channel LieKillers with an interesting video about Black nobility (3).

5. William van Duyn is most probably in Switzerland, World Economic Forum 2020, and plotting together with the other Illuminati Brexit-Collapse of Economy for January 31, 2020.

6. I received for one hour ago first death threat for today, about that I will be suicided today/the night between January 22-23. I am not suicidal at all, it would be a murder.

What Would Solon Have Done?By Elana FreelandJournal of first governor of Cascadia, August 16, 2020

My story about starting over: https://home.solari.com/what-would-solon-have-done/ Albert Pike addressing the 23 Supreme Councils of the world on July 14, 1889:- “To you, Sovereign Grand Instructors General, we say this, that you may repeat it to the Brethren of the 32nd, 31st and 30th degrees: ‘the Masonic Religion should be,  by all of us initiates of the high degrees,  maintained in the purity of the Luciferian Doctrine. . .”

It is said that only two U.S. Presidents: Abraham Lincoln and John Kennedy, were not either Masons or elite members of affiliated bodies 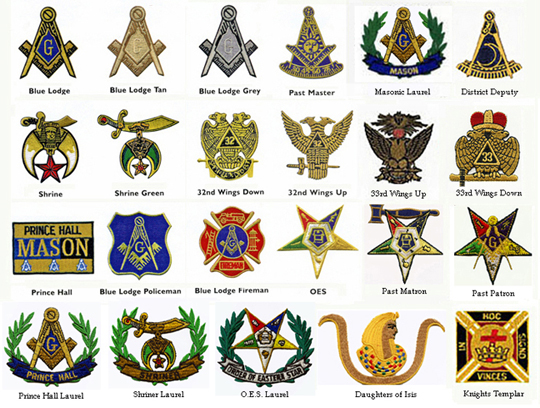 Then I thought well, maybe the Masons is an exclusive down low club. It would not be far outside of the realm of possibility considering that we are talking about Diddy and Jay Z.
But it turns out the Masons are not a secret society of well-to-do homos at all. It’s a brotherhood of powerful men, sort of like a fraternity, who keep the power and the money within the society.
Members of the Masons are alleged to be such powerful public figures as Barack Obama, Jay Z, Sean Combs, Russell Simmons, Kobe Bryant, Michael Jackson, Ron Artest, Jamie Foxx, etc. In other words, black men with money and influence.

A Little Background
Prince Hall is recognized as the Father of Black Masonry in the United States. Black Freemasonry began when Prince Hall and fourteen other free black men were initiated into Lodge No. 441, Irish Constitution, attached to the 38th Regiment of Foot, British Army Garrisoned at Castle William (now Fort Independence) Boston Harbor on March 6, 1775.
Actual Famous Prince Hall Masons
It’s not that difficult to find out who is and who isn’t a Prince Hall Mason. Like other Masonic traditions, Prince Hall Freemasonry is able to claim notable businessmen, politicians and entertainers as members. According to the Prince Hall Grand Lodge of Michigan, notable Prince Hall Masons include: Yes, our fate is “sealed” with the Freemasons as Barry Soetero, Masonic ring and all, frames our Masonic Seal.
Surprised? I Hope Not
This is the power structure of our world. It’s fully contained and manipulated, and all races and walks of life need to be channeled. To think otherwise is a form of naive blindness. Unfortunately, common sense ain’t so common so most people fall into that naive category. (Mao Zedong was a highranking Freemason for heaven’s sake, as were Hitler, Churchill, Trotsky, Roosevelt, Stalin etc. etc. The heavies are all in on it. The game is rigged.)
But you don’t hear much about Black Freemasonry probably due to Freemasonry’s innate racism, so perhaps it’s their dirty little secret they’re not so proud of. Even Oprah Winfrey’s known membership in the Easter Star organization, the women’s branch of Freemasonry, is played down.
Epilogue
What surprises me about Black Freemasonry is the apparent ignorance of African Americans of Freemasonry’s outright racism and history of racial genocide.

The most recent attack has been the horrific engineering of the AIDS epidemic in Africa, followed by this morbid “decade of vaccines”campaign to sterilize and infect Africans. If you research the subject you’ll find several other deliberately introduced pathogens amongst African Americans over the years, often disguised as “scientific trials”. All that nevermind America’s roots in slavery and inbred racism to this day, all ingrained in our Freemasonic system.

That Black Masons can’t make that connection to their own elitist agendized leadership just shows how blinded by power and glory they must be. How the Masons side-step that issue with racially diverse members must be a propaganda doozey.

Just don’t give me any of that “black power” BS if you’re a black working for the other side. You’re probably overdue for a little chat with Dick Gregory, a real champion of truth, who’ll let you have it between the eyes.
But you’re probably too blinded by your own bling.
Here’s to hoping you’ll wake up to who’s controlling you,
Zen

Shadow Elite: How the World’s New Power Brokers Undermine Democracy, Government, and the Free Market
Jim Tucker’s Bilderberg Diary: Reporter’s 25year Battle to Shine the Light on the world Shadow Government
Shadow Government: The Hidden World of Public Authorities-And How They Control over $1 Trillion of Your Money
The Shadow Party: How George Soros, Hillary Clinton, and Sixties Radicals Seized Control of the Democratic Party
Shadow Masters: An International Network of Governments and Secret-Service Agencies Working Together with Drugs Dealers and Terrorists for Mutual Benefit and Profit.

I AM NOW WIRELESSLY LINKED TO THE CEREBRAL INTERNET WHICH IS ALSO KNOWN AS THE INTERNET OF THINGS.

END_OF_DOCUMENT_TOKEN_TO_BE_REPLACED

Please follow and like us:
Deborah Tavares – MIS-quoted in the Gazette . . . of course
She recalls telling the reporter that PG&E is Rothschild and intentionally created the fires.
PG&E likely, was pulsing the smart meters (which cause fires).
Also, the use of weather controlling technologies that created the atmospheric weather conditions (heavy chemtrailed) with combustible heavy metals sprayed overhead increasing FIRE IGNITION.
OBVIOUSLY, the CONtrolled media would NEVER print what Deborah really said.

END_OF_DOCUMENT_TOKEN_TO_BE_REPLACED

Note: The below attachment on the Dade-Miami Aquifer, in spite of its author’s views on climate change, may be of some interest. It is published in the September 3, 2018 edition of Bloomberg Businessweek. JWS

END_OF_DOCUMENT_TOKEN_TO_BE_REPLACED

A fire occurring Under an ionized sky produced by geo-engineering and HAARP induced drought.  The so called Wildfire are ignited by arson and in some cases by advanced technology scalar weapons.  These “Wildfires” are ultimately the responsibility of Wild Psychopaths, who torch huge areas.  These huge areas are not protected by advanced water bombers such as are available in Russia.  When you hear the term “Wildfire” think “Wild Anti Human Psychopath.”

END_OF_DOCUMENT_TOKEN_TO_BE_REPLACED

The Wireless take-down of America–Can it be stopped?

If you were the head of a drug company…

END_OF_DOCUMENT_TOKEN_TO_BE_REPLACED

Please follow and like us:
POWERFUL INVISIBLE WEAPONS ARE BEING USED TO HARASS AND TORTURE PEOPLE WIRELESSLY AS THEY GO ABOUT THEIR LIVES.​
Every time you think a thought, feel an emotion, move a body part, speak or act, then the neurons in your brain fire up and they generate an electromagnetic frequency which would then show up as a unique pattern on an electroencephalogram machine which is more commonly known as an EEG machine.​