Large-scale study proves that cell tower radiation causes cancer… where is the apology from the media for years of LYING about it?

By the authority vested in me as President by the Constitution and the laws of the United States of America, and in order to promote better access to broadband internet service in rural America, it is hereby ordered as follows:

END_OF_DOCUMENT_TOKEN_TO_BE_REPLACED

The measure passed 3-2, with the commission’s Republican members voting in favor and its two Democratic commissioners dissenting.

“It’s a chance for the FCC to demonstrate our commitment to seeing the United States and American consumers win the race to 5G,” Commissioner Brendan Carr, who authored the proposal, said during the meeting.

END_OF_DOCUMENT_TOKEN_TO_BE_REPLACED

Can Cellphones Cause Cancer? Experts Surprised By Latest Tests

FULL LINK ABOVE WITH VIDEO

However, a group of experts say the results of some tests are pretty surprising.

Even the top cellular radiation researchers from around the world have a hard time untethering.

But, they gathered recently in North Carolina to talk about cellphone concerns and whether they really do increase the chances of developing cancer.

The panel voted that the results from years of testing on mice and rats were more significant than originally thought.

They say they found clear evidence that phone radiation caused tumors in the hearts of rats, which were similar to tumors in people.

“In humans, it’s seen in the vestibular nerve, in the ear, the acoustic nerve. We found it in the heart, although our animals were exposed in their whole body condition,” John Bucher said.

“While a given animal is not making a cellphone call, they are, throughout their short two-year lifetime getting the same exposure that we expect people to get in their 70-plus years of life,” Dr. Devra Davis, of Environmental Health Trust, said.

“Many brain tumor lawsuits going on right now that are waiting for a study like this to prove that people’s brain tumors were caused by their cellphone radiation,” Kevin Mottus, of the California Brain Tumor Association, said.

There are new concerns on the horizon as 5G, which is a stronger broadband system, is about to debut.

Some activists say the government has a responsibility to increase regulations.

“And I think it’s the responsibility of the ones making the phones to make them as safe as possible, and I’m sure they can do better than what we actually have,” Dr. Annie Sasco said.

Both activists and researchers agree that people can minimize any risk by holding phones away from the body when in use and not putting them in your pocket. 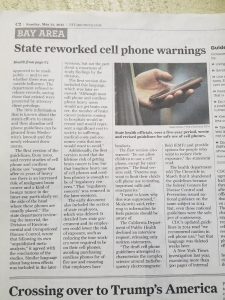 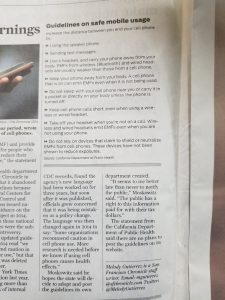 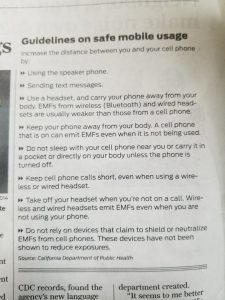 How much radiation does a cell phone emit, compared to what exists in nature?

If Neil Armstrong had brought a cell phone to the moon in 1969, it would have appeared from earth to be the brightest object in the universe in the microwave spectrum. In the daytime, the sun would have been brighter, but at night, the cell phone would have outshone every star. 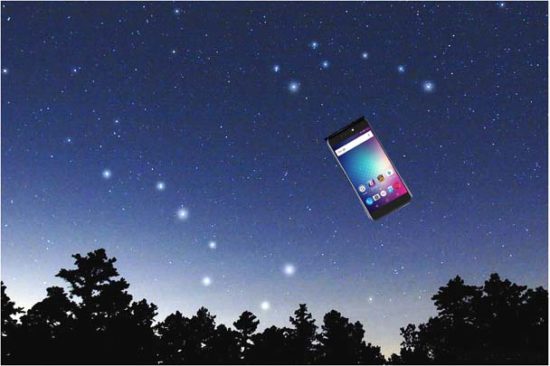 There is a reason cell phones are outlawed in Green Bank, West Virginia: even a single cell phone, even from miles away, would blind the radio astronomers there and make it impossible for them to see the stars. Astronomers measure radio waves in units called janskys.