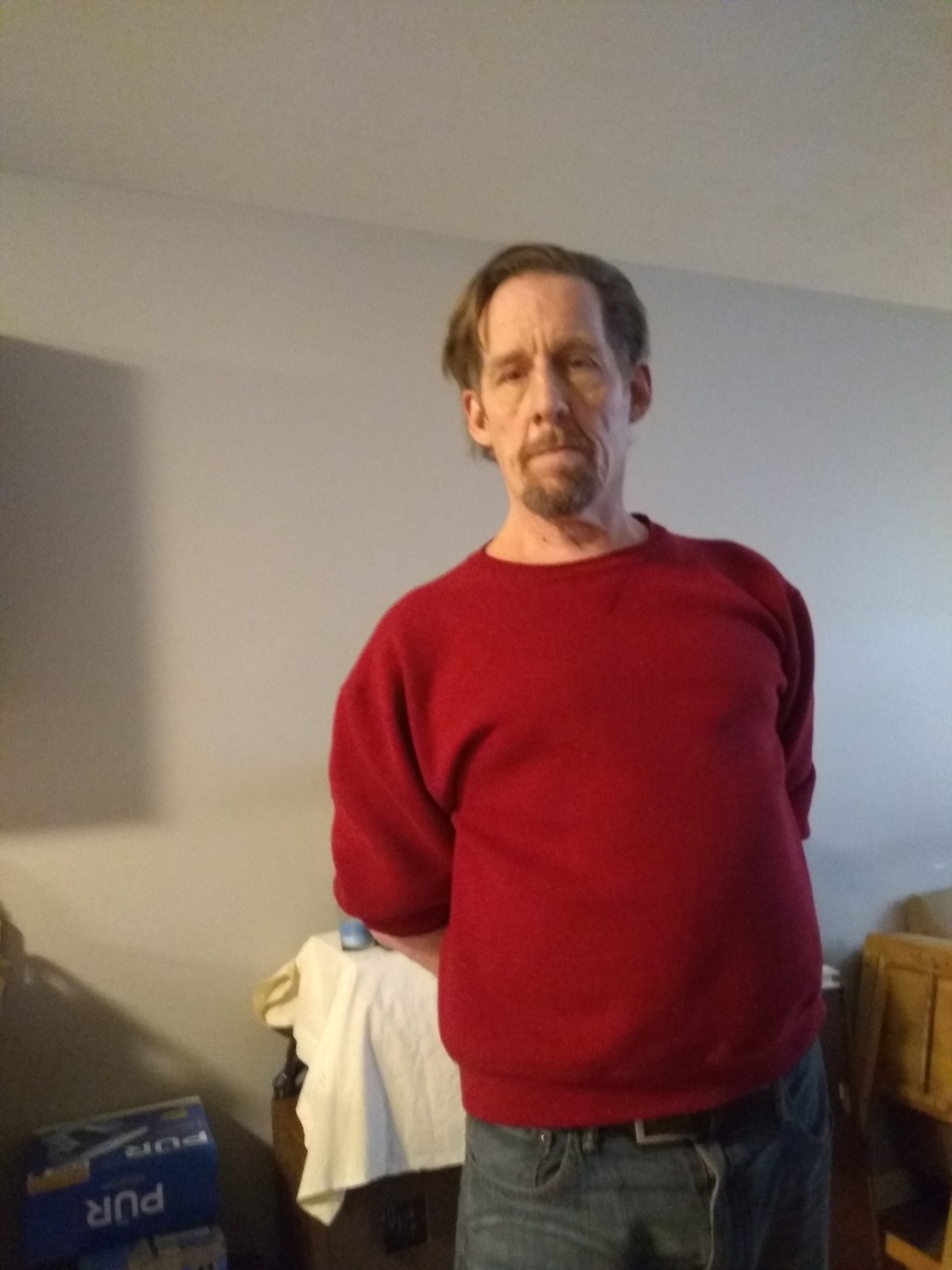 Sunday Jan 31 – “Thank you for contacting me Henry.  Every day I read your website and absorb what I can. Also every day, I apply for jobs only to get rejection emails from these contacts.  Yet I’ll keep trying to find employment.  Now I live with disabled veterans and I help a few here.  And I want to thank you for the money you send me.  Every little bit helps.”
Dan Abshear, 54, left, was making $150K as a pharma rep. He has been destitute since 2006 when he exposed his employer, Novartis, for bribing doctors to prescribe drugs. His wife divorced him and alienated his daughter.


I am raising $5000 for Dan. Here is how you can help. Big Pharma is not our friend. Dan had the moral courage to expose them.
https://www.gofundme.com/manage/lets-help-dan-abshear-big-pharma-whistleblower

“There is a pathologically intimate relationship between corporations and the U.S. government- their collusion is expressed in the revolving door. “
from Sept 27, 2010
by Dan Abshear
(for henrymakow.com)

In the Spring of 2006, I became a pharmaceutical corporate whistle blower. In February of that year, I had recruited a law firm with experience in pharmaceutical whistle blower lawsuits in Boston, which is a top place to file and submit pharmaceutical whistle blower cases.  They agreed to represent me after I submitted a ten page document to them I composed- explaining why the wrongdoing of my employer, Novartis Pharmaceuticals, needed to be addressed.  They represented me on complete contingency, which meant that they would not be paid if they did not succeed in the whistle blower lawsuit they were submitting for me. The law firm submitted the whistle blower lawsuit against Novartis in April of 2006.  And it was filed under seal, which means that I and my legal council cannot discuss the case whatsoever.  It’s a trick played by the D.O.J., to eliminate the possibility of media contact. I made a trip to Boston in July of 2006 to be asked hundreds of questions by various relevant government entities, such as the department of health and human services.  Also, in the center of a large table in a conference room, was a phone, with numerous attorney generals from various states- all there to hear my answers to the hundreds of questions I was asked one day, for 8 hours.  I spoke with complete knowledge of the evidence, and with total honesty. HISTORY
Novartis hired me at the end of 2001 as one of their many sales representatives.  At that time, I had already worked for two of the top pharmaceutical corporations in the world, which were Merck and Pharmacia Corporation.  The game is the same no matter which pharmaceutical corporation one may work for as a sales representative.  That game, as a pharmaceutical representative, is bribing doctors: hiring doctors to be on the payroll of the pharmaceutical corporation. In the years I worked for Novartis, I received above average raises yearly.  I received numerous awards from Novartis.  I was very well liked and respected.  Novartis gave me a company car, I normally only worked half-days.  I was viewed as an expert as a pharmaceutical sales representative.  I was often asked to train other new sales representatives.  This was vocational bliss. So, why would I even consider reporting wrongdoing by them, if they treated me so well?  Was I insane? WIDESPREADCORRUPTION

In the year 2003, I discovered CafePharma.  CafePharma is basically an online venting board for pharmaceutical representatives.  Such representatives who post on this board often do so with overt anger and disgust.  My uneasiness about bribing doctors was validated by what  representatives from many pharmaceutical companies wrote on this board.  The money we paid targeted doctors are kickbacks.  By paying such doctors, we as sales representatives are violating the federal anti-kickback statute. As sales reps with large pharmaceutical corporations, the more doctors you acquire n your territory, the more you assure your career with your employer.  You are told ad nauseum by your employer to seek and pay targeted doctors.  With Novartis, they took things a step further:  They sent instructions to their sales force to remind doctors paid by representatives that they are obligated to prescribe Novartis pharmaceuticals whenever possible.  This, of course, potentially clouds the clinical judgments of such doctors, and as a result, adversely affects the restoration of health obligated by the health care provider. 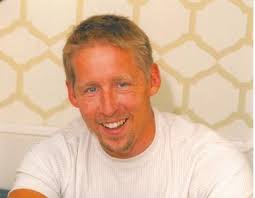 The year now was 2004, and I had had enough.  I had enough of Novartis threatening the members of their sales force.  Each representative was given a promotional budget.  Often, this budget was several thousand dollars per month.  The unspoken rule was, each representative has to spend all their budget, or else. It was this year I started to read books written by those experts critical of the pharmaceutical industry.  I began to become very uncomfortable about the industry I represented. Also, in 2004, I started to collect evidence in the form of internal documents- accessible only to Novartis employees, and not intended to be viewed by others.  Documents illustrating the coercion by Novartis to its sales force to spend their promotional budgets.  Documents in the form of emails by upper management- indicating the need to enforce quid pro quo- to acquire and keep targeted doctors on the payroll of Novartis.  Documents instructing the sales force to sell a promoted drug for a use not indicated by the food and drug administration. SPLIT PERSONALITY

At this time, I suffered from pharmaceutical representative schizophrenia.  One personality of me I expressed was the perfect sales representative, who always spent the promotional budget, and became elated at hearing that various disease states for which the promoted products would treat were expected to increase.  The one who acquired and hired doctors targeted by Novartis.  The one who believed in bribing and threatening doctors on the payroll of Novartis.  The other personality I represented quietly was the one who had a need to report this wrongdoing by my employer.  My real personality. The year 2005 approached, and I continued to collect evidence in the form of Novartis internal documents.  By the end of 2005, My whistle blower personality was dominating my existence.  I became vocal about my unease with what we were being told to do by Novartis as sales representatives.  I deliberately dug my own employment grave with Novartis. In the Spring of 2006, I was ostracized by Novartis, due to what I expressed about the illegal nature of my job.  Days after the whistle blower lawsuit was filed in Boston, I was terminated. .  I expected to be terminated, at that point. In 2007 and 2008, I discovered that no corporation would hire me.  No large corporation.  It is as if potential employers were aware that I blew the whistle against Novartis.  There is a system within the Department of Justice called the PACER system, I believe.  It records all who file such lawsuits as I filed via my legal counsel.  And it’s accessible to anyone.  In these years, I acquired employment by two very small pharmaceutical companies, but the pay was next to nothing.  I was laid off in the Spring of 2008 by one of them, and that was the official end of my career as a pharmaceutical sales representative. GOVERNMENT FAILS TO INTERVENE
In the Spring of 2009, my whistle blower lawsuit was unsealed by the D.O.J., and, even though the evidence I presented was overwhelming, the government did not intervene in the case that I filed.  I suspect that Novartis bribed the D.O.J. not to intervene.  There is a pathologically intimate relationship between corporations and the U.S. government- their collusion is expressed in the revolving door.  Of all large pharmaceutical corporations, and the settlements they have paid for wrongdoing identical to what I discovered and presented to the D.O.J. with Novartis, Novartis has paid the least amount over the years. A study of 233 whistleblowers was conducted years ago, to explore the effect on one who blows the whistle on a corporation.  Their findings: The average whistle blower is a man in his 40s with a strong conscience and high moral values.  I was near the age of 40 when I became a whistle blower. After blowing the whistle, 90 percent of whistle blowers were fired or demoted.  27 percent faced lawsuits themselves.  26 percent had to seek psychiatric or physical care.  25 percent suffered substance abuse.  17 percent lost their homes.  15 percent experienced divorce.  10 percent attempted suicide.  8 percent were bankrupt.  But in spite of all of this, only 16 percent said they would not blow the whistle again. The only effect I did not experience with this study above is facing any lawsuits.

Comments for “MD$ on the Take: My Career-Ending Expose “

I saw a shocking documentary on one of the pharmaceutical giants about a year ago that peddled a lot of pain killers to the doctors.They had the doctors change the recommended use of these pain killers from severe pain to moderate pain to increase their sales. The doctors were bribed with money that was listed as fees for paid speaking engagements that never happened.

The real shocker was the people they hired as their pharmaceutical reps. Some weren’t college educated or had much knowledge of medicine at all. The regional manager for this company was a former stripper from Miami who was now making mega dollars with this company. The whistleblower on the documentary when asked about this said they hired these kind of people because they believed they didn’t have much of a conscience.

The article sheds light on a basic truth of the pharmaceutical industry. Money is the bottom line, not the publics health. Anyone who has done even a minimal amount of research, or who has personal experience in these matters, knows that the system is beyond corrupt. The unethical bribing of doctors, pharma companies conducting their own drug trials, the complete cover up and lies surrounding adverse reactions (vaccines are only the tip of the iceberg) and long term harm caused by some of these drugs, the inefficacy and fraud associated with many generic medications, the absolutely disgusting and unethical television commercials promoting some of these drugs…all are symptoms of an industry ruled by greed and indifference instead of a commitment to the ideals of the health profession. And this is all happening with the complicity of the FDA. Please do not be fooled into thinking that the FDA is looking out for your health. They are not. They are in bed with Big Pharma, just as they are in bed with Big Agriculture.

I have known several people that have been pharmaceutical reps at some point in their life, and just like the author of your article, they became so disgusted with the realities of their profession they simply walked away. The money simply wasn’t worth being a part of this shameful industry.

I found this article to be quite interesting, I’ve had an inkling for years that such things were going on. When one of my mother’s Dr’s put in a special entry door to their back office, “For Pharmaceutical Reps Only” I knew something was up. I refuse to deal with any Physician who deals drugs in this fashion.

It’s sad but typical that the government regulators who are supposed to “protect” us, do nothing to truly do so. It is my opinion these Whistleblowers should be rewarded in some way not chastised. I find it unconscionable the way these corporations operate, with profit as their only goal.

Many thanks to this brave person who risked so very much out of conscience, and high moral standards. He is the kind of ethical person we need more of in government.