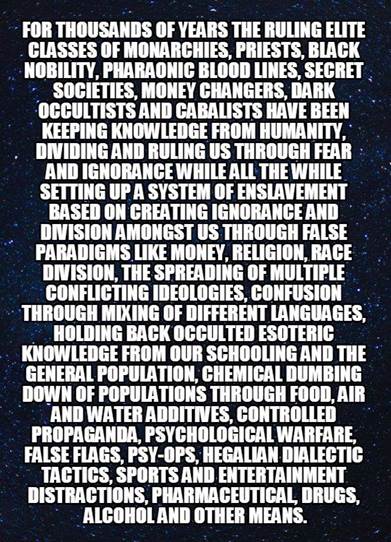 Author’s Introductory Note
Environmental modification techniques (ENMOD) for military use constitute, in the present context of global warfare, the ultimate weapon of mass destruction.
Rarely acknowledged in the debate on global climate change, the world’s weather can now be modified as part of a new generation of sophisticated electromagnetic weapons. Both the US and Russia have developed capabilities to manipulate the climate for military use.
Environmental modification techniques have been applied by the US military for more than half a century. US mathematician John von Neumann, in liaison with the US Department of Defense, started his research on weather modification in the late 1940s at the height of the Cold War and foresaw ‘forms of climatic warfare as yet unimagined’. During the Vietnam war, cloud-seeding techniques were used, starting in 1967 under Project Popeye, the objective of which was to prolong the monsoon season and block enemy supply routes along the Ho Chi Minh Trail.
The US military has developed advanced capabilities that enable it selectively to alter weather patterns. The technology, which was initially developed in the 1990s under the High-frequency Active Auroral Research Program (HAARP), was an appendage of the Strategic Defense Initiative – ‘Star Wars’. From a military standpoint, HAARP  –which was officially abolished in 2014–is  a weapon of mass destruction, operating from the outer atmosphere and capable of destabilising agricultural and ecological systems around the world.
Officially, the HAARP program has been closed down at its location in Alaska. [I think it reopened and is functional]  The technology of weather modification shrouded in secrecy, nonetheless prevails.
Weather-modification, according to the US Air Force document AF 2025 Final Report,  “offers the war fighter a wide range of possible options to defeat or coerce an adversary”, capabilities, it says, extend to the triggering of floods, hurricanes, droughts and earthquakes:
‘Weather modification will become a part of domestic and international security and could be done unilaterally… It could have offensive and defensive applications and even be used for deterrence purposes. The ability to generate precipitation, fog and storms on earth or to modify space weather… and the production of artificial weather all are a part of an integrated set of [military] technologies.”
In 1977, an international Convention was ratified by the UN General Assembly which banned ‘military or other hostile use of environmental modification techniques having widespread, long-lasting or severe effects.’  According to theConvention on the Prohibition of Military or Any Other Hostile Use of Environmental Modification Techniques:
The term “environmental modification techniques” refers to any technique for changing – through the deliberate manipulation of natural processes – the dynamics, composition or structure of the Earth, including its biota, lithosphere, hydrosphere and atmosphere, or of outer space. (Convention on the Prohibition of Military or Any Other Hostile Use of Environmental Modification Techniques,United Nations, Geneva: 18 May 1977)
While the substance of the 1977 Convention was reasserted in the UN Framework Convention on Climate Change (UNFCCC) signed at the 1992 Earth Summit in Rio, debate on weather modification for military use has become a scientific taboo.
Military analysts and scientists are mute on the subject. Meteorologists are not investigating the matter and environmentalists are largely focusing on greenhouse gas emissions under the Kyoto Protocol. The possibility of climatic or environmental manipulations as part of a military and intelligence agenda, while tacitly acknowledged, is not part of the broader debate on climate change under UN auspices.
Rest of article press  HERE