I think it important to note the the Times calls it a “procurement process” which means the government is buying it for the nation…
How’s that for a start to the week?
A colleague wrote: “It’s the largest investment in anything, in Irelands’ history. They want EVERYONE to have access to high speed broadband. I looked at the map and there’s nowhere broadband won’t be. Having said that here, in Kerry the cables will go directly into the house not wi-fi from the line.”

Plans for a pilot project to provide high-speed 5G wireless internet in Brussels have been halted due to fears for the health of citizens, according to reports.

In July, the government concluded an agreement with three telecom operators to relax the strict radiation standards in Brussels. But according to the Region, it is now impossible to estimate the radiation from the antennas required for the service.

“I cannot welcome such technology if the radiation standards, which must protect the citizen, are not respected, 5G or not,” Environment minister Céline Fremault (CDH) told Bruzz. “The people of Brussels are not guinea pigs whose health I can sell at a profit. We cannot leave anything to doubt,” she added. 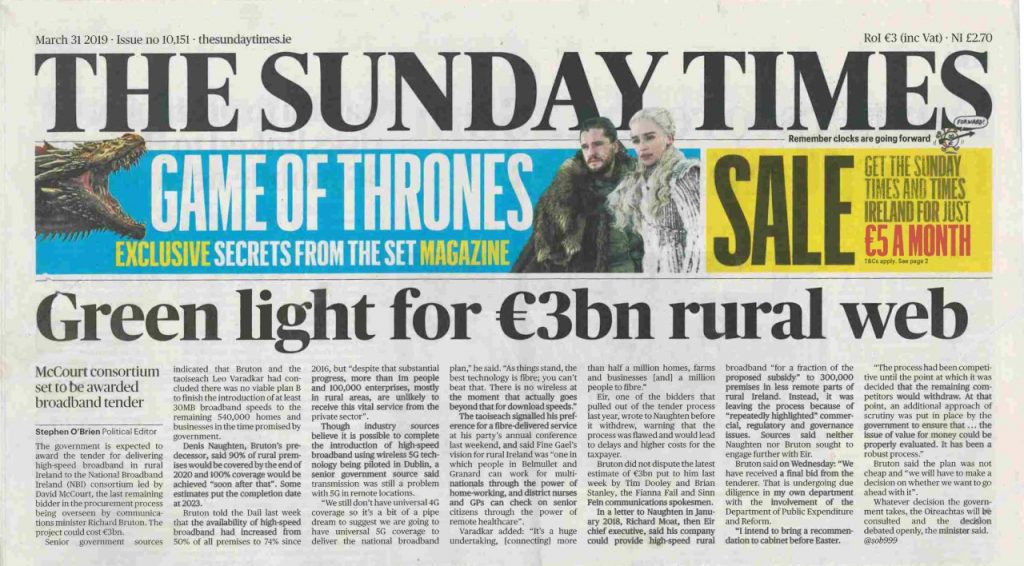 On behalf of electromagnetic hypersensitive (EHS) sufferers in Ireland and around the world I would sincerely like to thank you for your pro-active stance in protecting the people of Brussels. You are an example to politicians around the world.
People from around the world would agree that you are an answer to thousands upon thousands of prayers.
Your are protecting the people of Brussels from 5G. Can you help the rest of us in Europe to protect us from the EU’s pro-5G policies as well?