A CYCLIST ran for his life when his electric bike exploded in a fireball under his bum.

The lithium battery burned for half an hour as explosions sent shrapnel whizzing through the air. 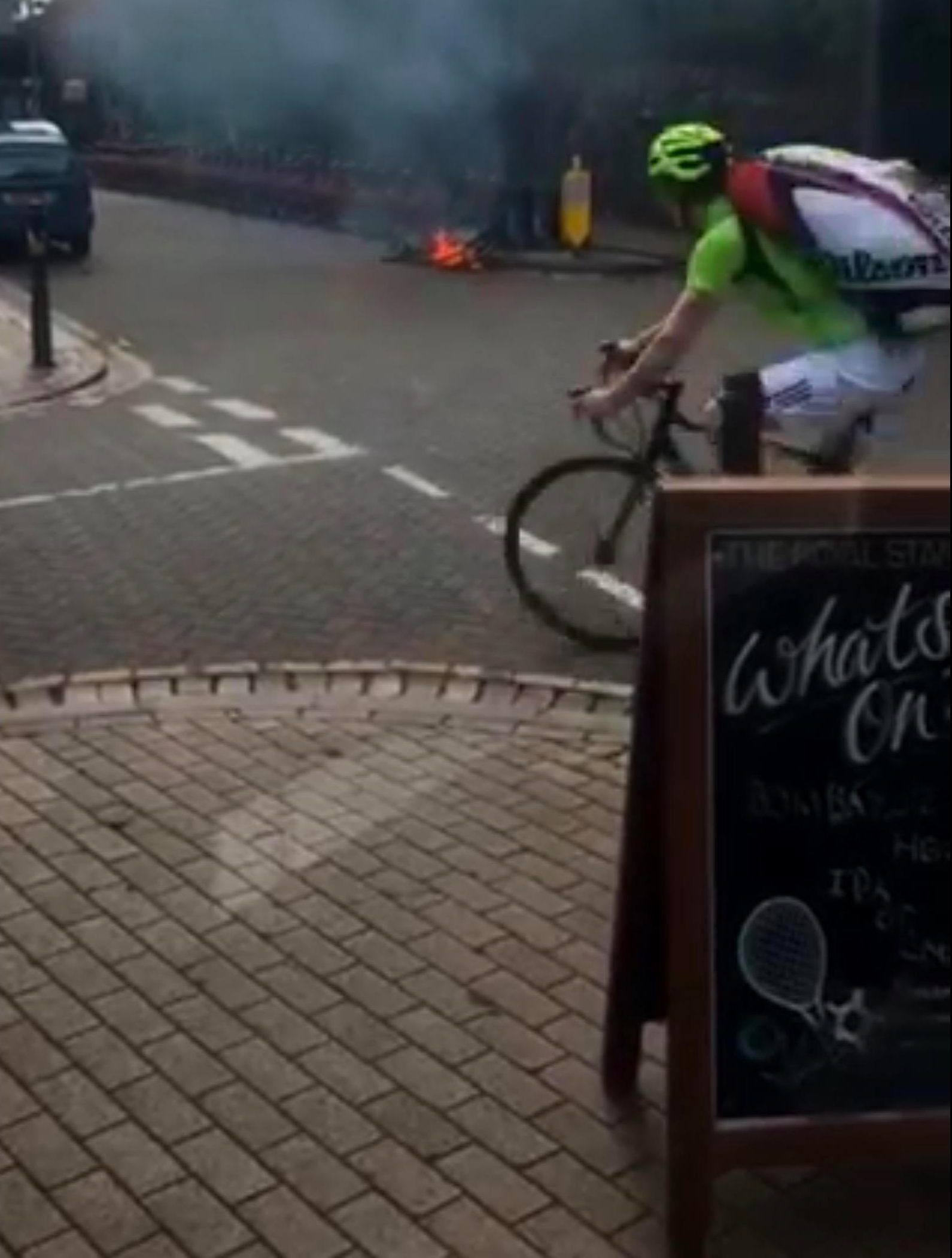 Onlookers dialled 999 and a fire crew arrived to put out the blaze, then checked rooftops for smouldering embers.

Peter Taylor, 57, was drinking in The Royal Standard pub in Wandsworth, south London, when the cyclist went past on Friday evening.

The hedge fund boss, from Fulham, said: “There was smoke and flames coming from this pushbike under the rider. He hopped off, dumped the machine and sprinted to safety. 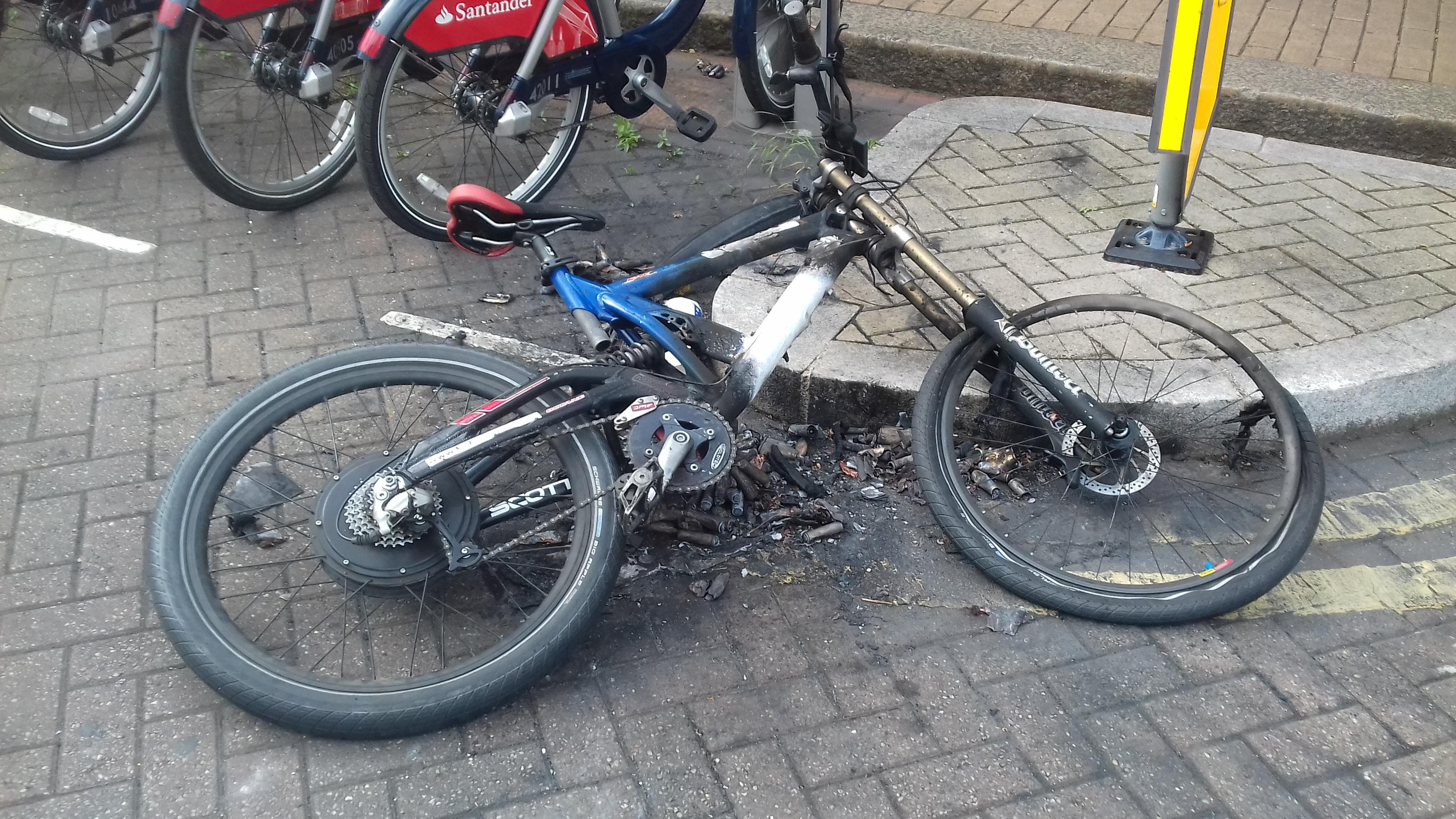 The state of the electric bike after caught on fire 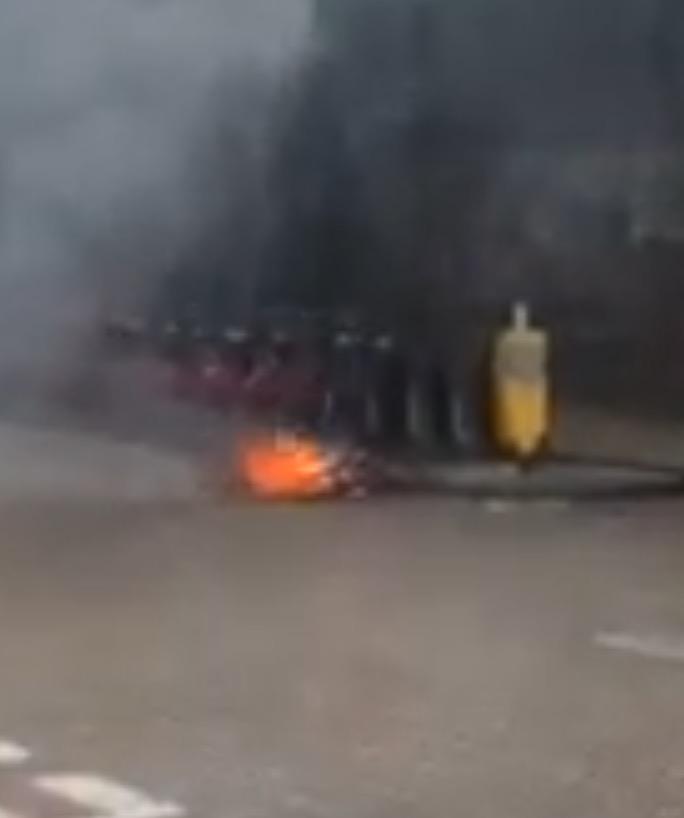 “We couldn’t believe how big the fire was.

“Flames were shooting into the air and there was popping and banging, like a fireworks display.

“Some of the exploded battery parts hit parked cars. Someone from The Alma pub down the road got a fire extinguisher but the blaze refused to go out. Eventually the fire brigade turned up. 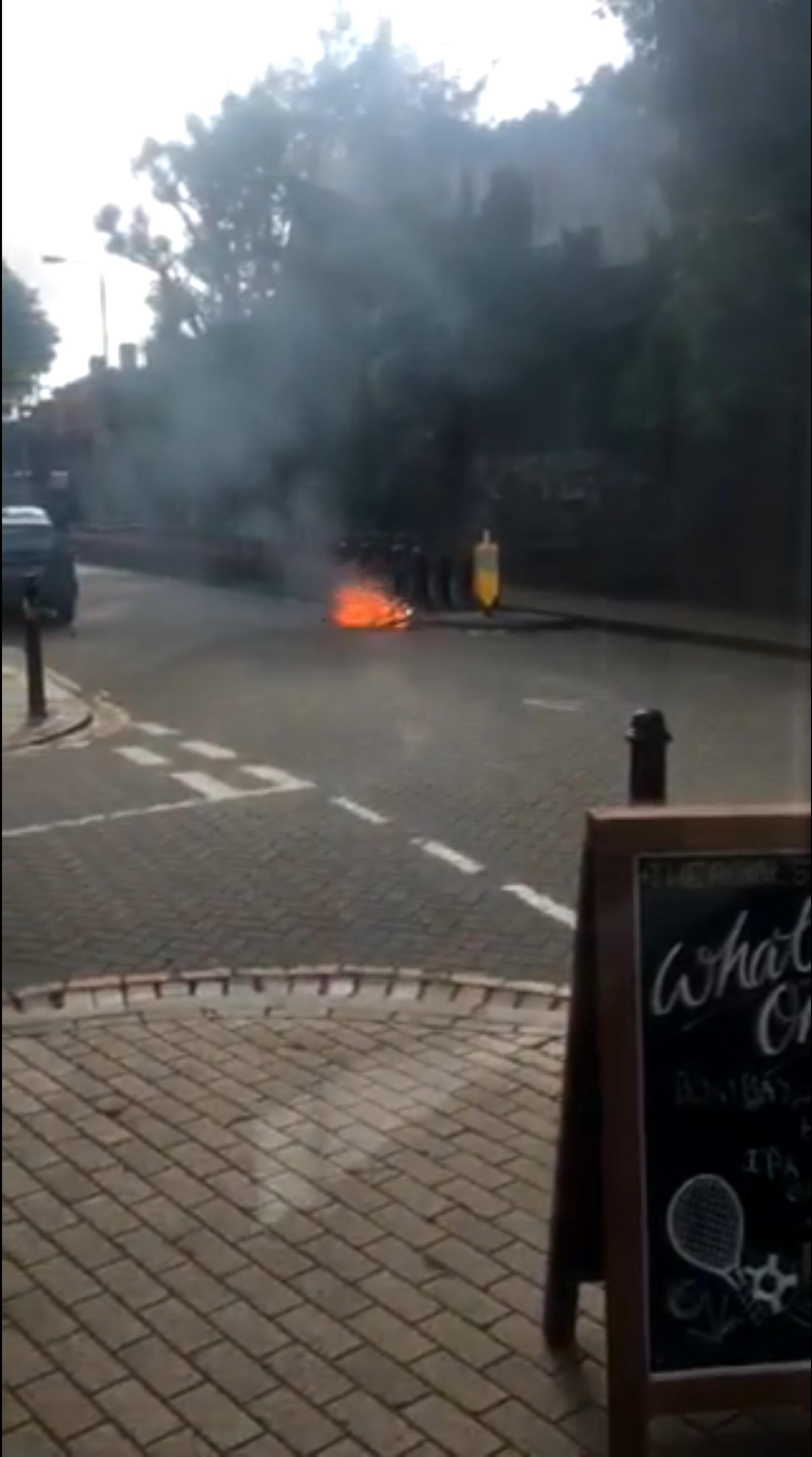 The blaze was likened to a ‘fireball’ by onlookers

The remains of the battery which caught alight 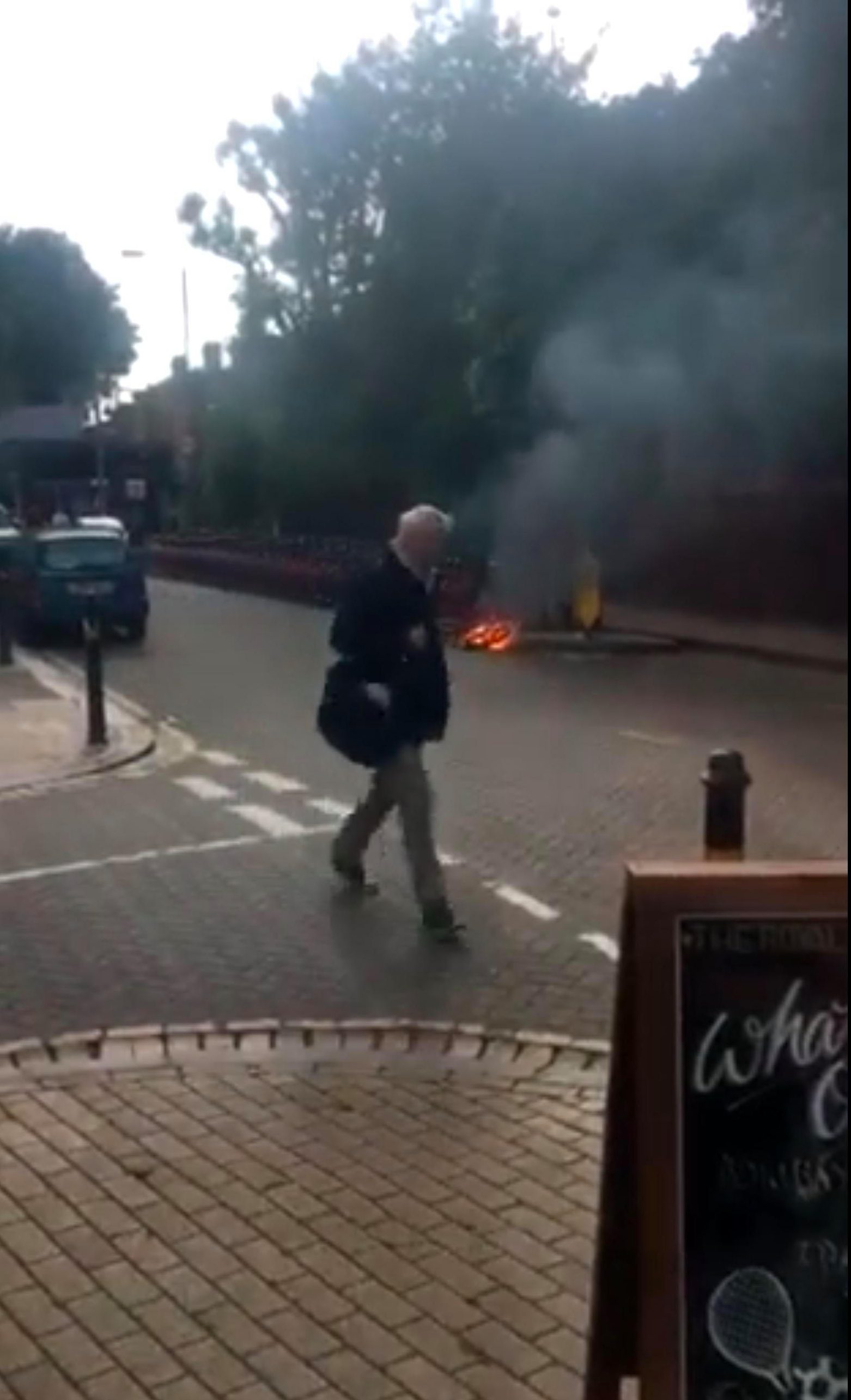 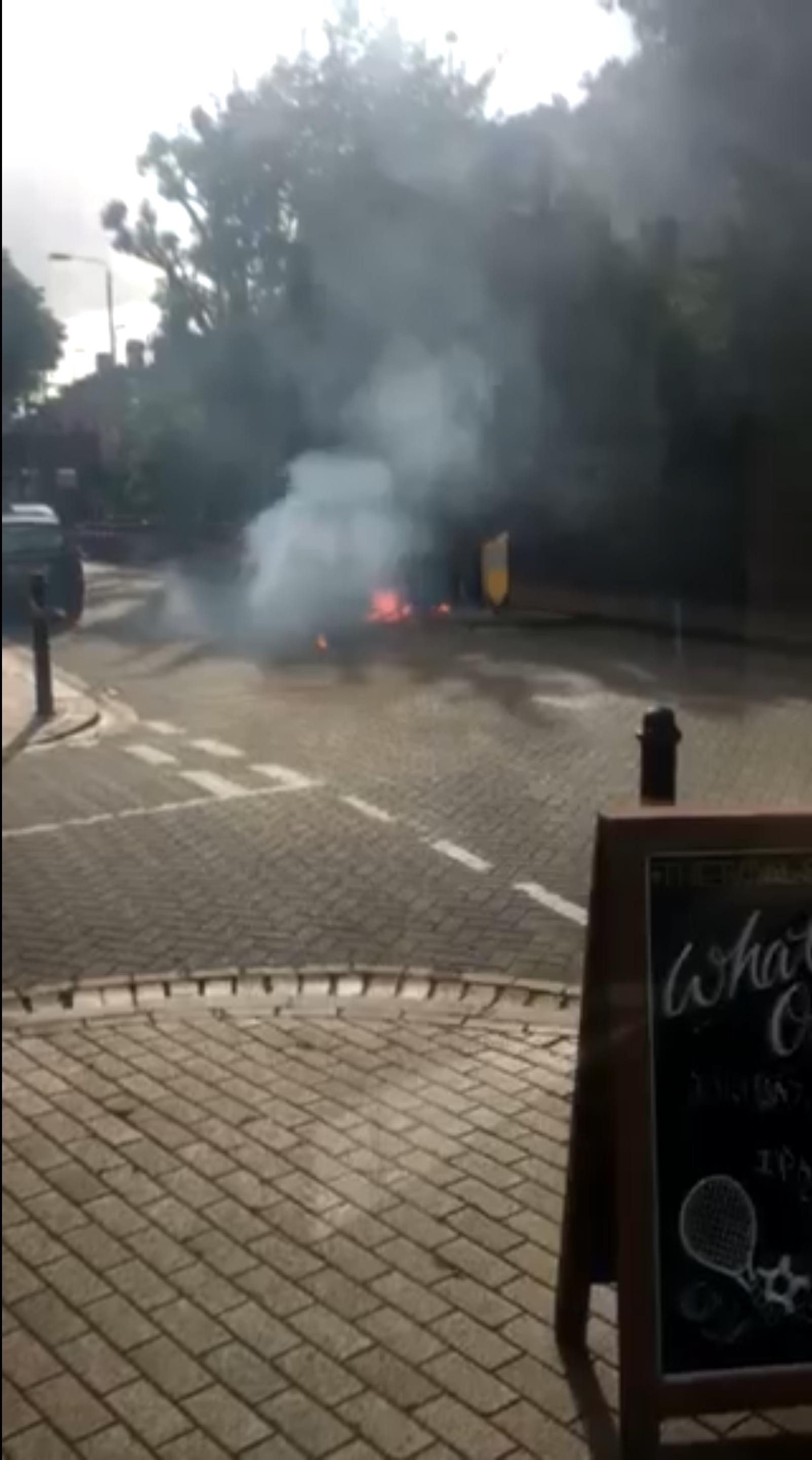 “They even put ladders on rooftops to check for battery remnants.

Experts said the bike had been fitted with an electric conversion kit available online for around £140 that can reach speeds of 28mph.